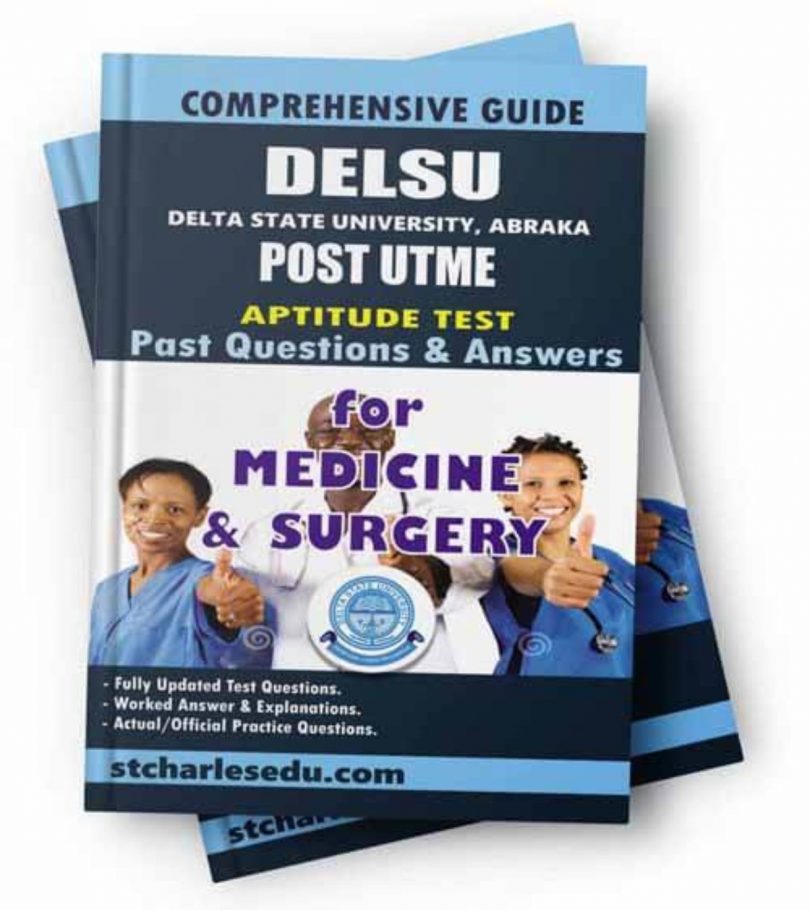 Structure of How DELSU Post Utme Question Look Like. The Obafemi Awolowo University Post Utme question always comprises of Maths, English and any two subject Papers For Science while  English and any other three subjects.

The format of the DELSU exam is 20 Maths, 20 English, and 40 general paper questions(all courses) making 80 questions in all for 30 minutes. (If there will be any change in this format I will let you guys know before the exam just make sure you are subscribed to our updates here.)

Our DELSU Post Utme Past Questions and Answers/preparation material is structured in such a way that if you go through it thoroughly, there is no way you won’t pass the exam….. Yes, that’s the fact.

The head of the Commonwealth of Nations is

The first military d’etat in West Africa was staged in

One of the defect of military government is

The major defect of foreign policy in West Africa is

The Exclusive List in a federal system state includes

Devolution of power is associated with a

The degree of centralization is high in a

Crude petroleum is a good example of a

A major effect of a long distribution chain is

One of the major criticism of the 1962 -1968 National Development Plan was that?

The utility is the satisfaction derived from?

One feature of a Unitary State is

A characteristic of the parliamentary system is that

Fundamental Human rights can be defined as

Which of the following is a major feature of an Electoral Commission?

If the cost of production for a firm continues to increase as it output rises, the firm is said to be experiencing?

Given the perfect competition in the capital market, the opportunity cost of capital is adequately reflected by the?

Which of the following factors is an important determinant of the magnitude of price elasticity of demand?

The marginal theory of distribution makes an assertion that the price of any factor depends upon its marginal.

In order to increase its profit margin, the monopolist can manipulate

For a purely competitive industry, a fundamental requirement of the demand curve faced by individual firms is that it should be.

The merging of firms engage in different stages of production and marketing is called?

Which of the following groups fall into the Civil Service?

A)The police, the army, and the air force
B)Employees of NEPA, NNPC and NRC
C)Employees of ministries of finance, education and transportation
D)All of the above

The recruitment or appointment of the permanent secretary is one of the duties of:

In the organizational structure of the ministry or government department, offices and positions are:

The government maintains monopoly over certain services for:

Ministers of local government and chieftancy affairs were abolished in Nigeria by:

Public corporations can be controlled through:

The local government in Nigeria is created to:

The Civil Service embraces all workers in:

The soft copy has been the Handout which is a much better version because it’s actually packaged for a self-tutor. (I personally Recommend this) 2007-till date (Highly comprehensive and will be sent to your email(it’s in PDF format which makes it easily accessible on phones and mobile devices. you can also print them out to form a hard copy).

Mainly In the soft copy pack, some of the mathematics questions are solved with more than one method to help candidates have different options to choose from. We make sure that the whole materials are packaged for self tutor and very easy to go through.

How To Pass DELSU Post Utme Past Questions and Answers

How To Get DELSU Post Utme Past Questions And Answers

The updated DELSU Post Utme Past Question and Answer for 2022/2023 Is now available For all Unilag aspirants who wish to write their upcoming DELSU Post Utme can now download the DELSU Post past question here.