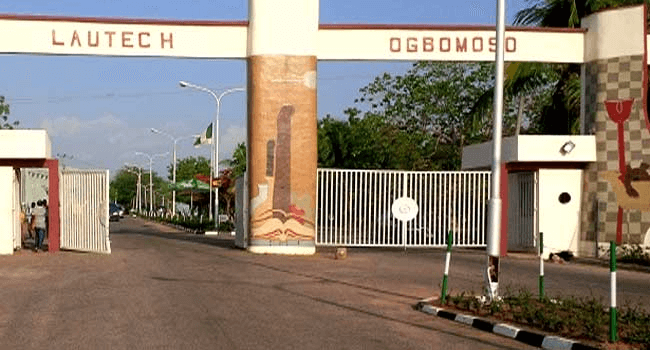 It is no longer news of the ongoing strike which started early last month February and has no definite date of when is the ending which makes the students union open up on Friday In Ibadan, Oyo state.

Student union encourages the  LAUTECH chapter of the Academic Staff Union of Universities (ASUU) to follow the path of lecturers at Kwara State University (KWASU) who pull out from the ongoing strike.

The fear of when the Asuu strike will be called off is unknown, which makes the students union of Ladoke Akintola University of Technology (LAUTECH) give 72 hours LAUTECH chapter of the Academic Staff Union of Universities (ASUU) to withdraw from the ongoing strike after the news with the correspondent spokesmen.

This statement was together signed by Anuoluwa Adeboye the President, and Public Relations Officer, Gabriel Michael. The News Agency of Nigeria (NAN) reports that ASUU had commenced a nationwide strike due to disagreements between it and the Federal Government.

The students union of LAUTECH make a statement, saying it would see ASUU in the institution as saboteurs and resort to confrontation if it fails to withdraw from the action.

“We are giving the leadership of ASUU LAUTECH 72 hours to borrow a leaf from ASUU KWASU that wrote a special letter to the National ASUU based on peculiarity in their institution.

It said that they had on Monday, March 14, reached out to the leadership of ASUU in the academy to make sure the stability and communication gap is not bridged. Although The union said that they refused to grant their request for an open dialogue on flimsy excuses.

We can recall how many times we have gone on strike and still on the same issues, this does not help our education system rather it is crippling the standard and reputation of our academics as a student.

The union said that regardless of the impasse between the Federal Government and ASUU, the involvement of LAUTECH  in the ongoing strike is what is wondering and need to be questionable.

“As a student body, we are poised towards the rectification of our prestigious institution and a better educational system,” it said.

It said that it is extremely exigent for ASUU LAUTECH to openly address the students on why they joined the national strike at the expense of the smooth running of the academic calendar in “the best state University in Nigeria”.

According to the union, the student’s last semester results are currently withheld and the final-year students are delayed by precarious strikes in the past.

“Also delayed is their mobilization for the NYSC by the four-week warning strike which was extended by eight weeks.

“Another disaster looms around the comer if the prevalent maladies are not immediately curbed,” the union warned.

Questions For the day on ASUU Latest News… Nkedugists asked.

Do you think ASUU LAUTECH is fighting the federal government for their selfish reasons or for the future of the LAUTECH Universities?

Do you support the students union of Ladoke Akintola University of Technology (LAUTECH) telling the LAUTECH chapter of the Academic Staff Union of Universities (ASUU) to withdraw from the ongoing strike and giving them 72 hours?