What is Log of Numbers Less than 1: The logarithm of Numbers less than one can be found the same way as that of numbers greater than one. Any number less than one (1) has a characteristic that is negative and numerically one more than the number of zeros between the decimal point and the first non-zero digit.

The meaning of Bar Logarithm is Negative Integer (-1, -2, -3, -4) respectively which is pronounced as Bar. Just note that the bar is just writing the negative sign over the number.

Differences between Characteristics from Mantissa In Logarithm 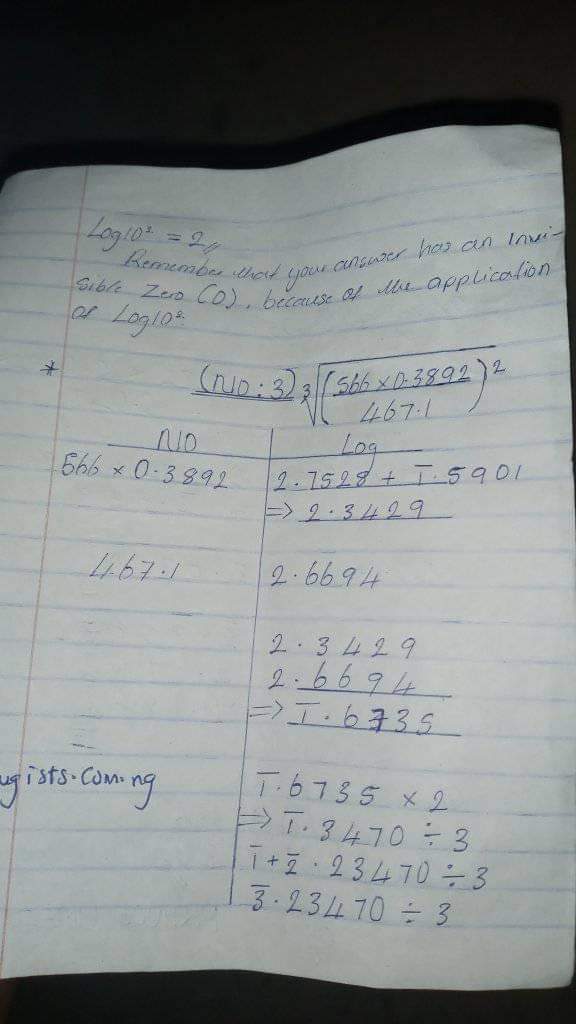 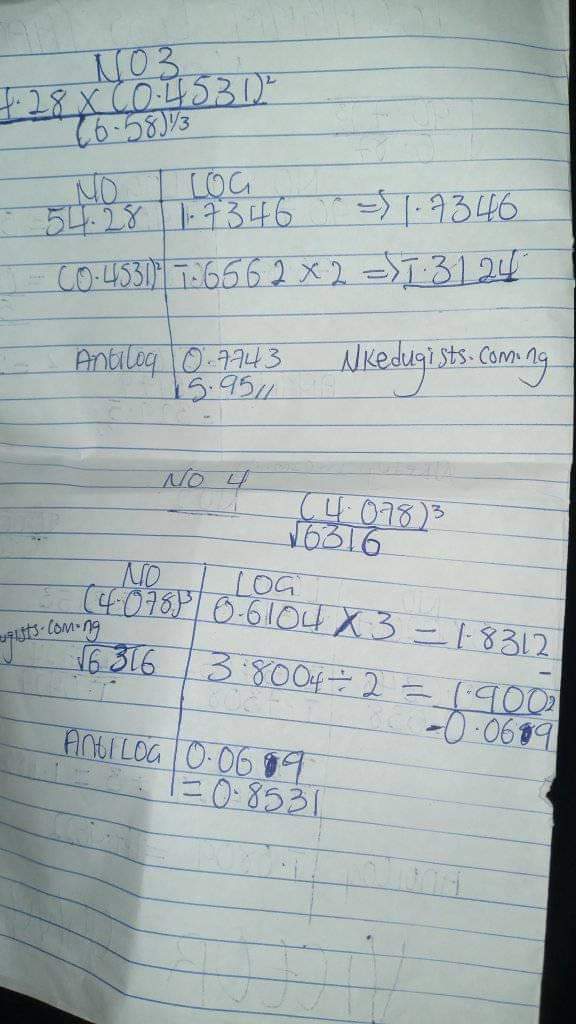 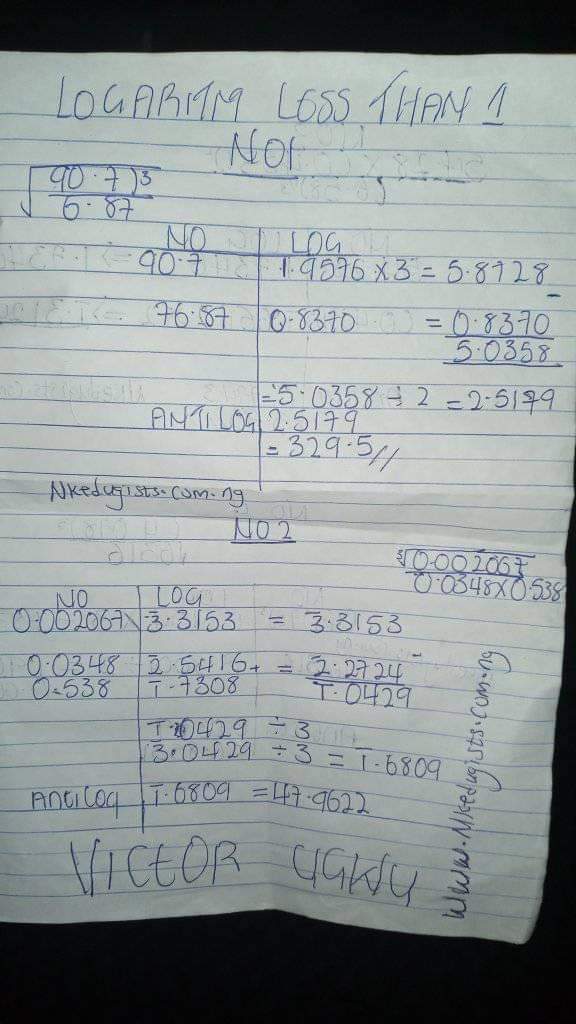 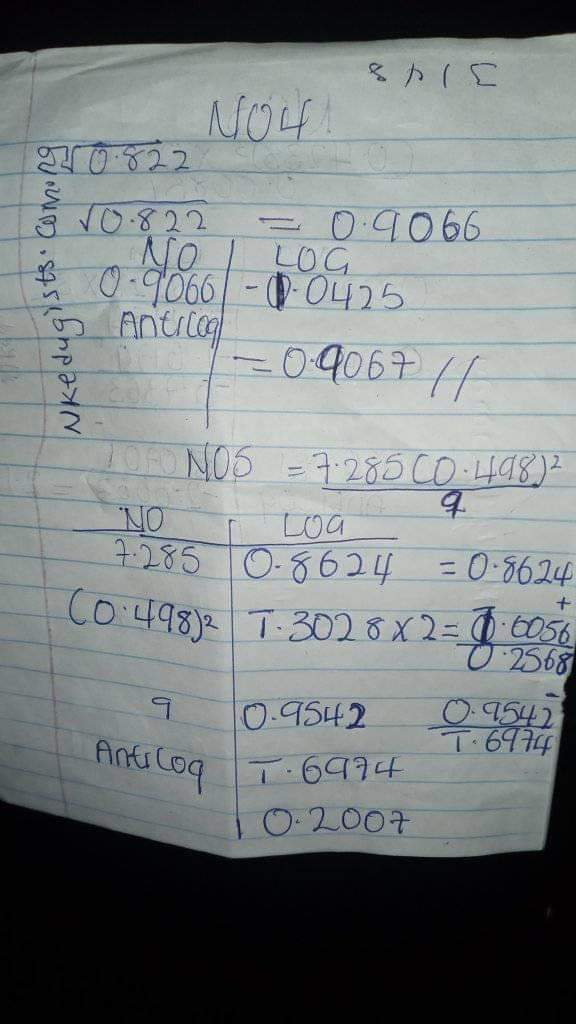 Logarithm less than 1 and Antilogarithm 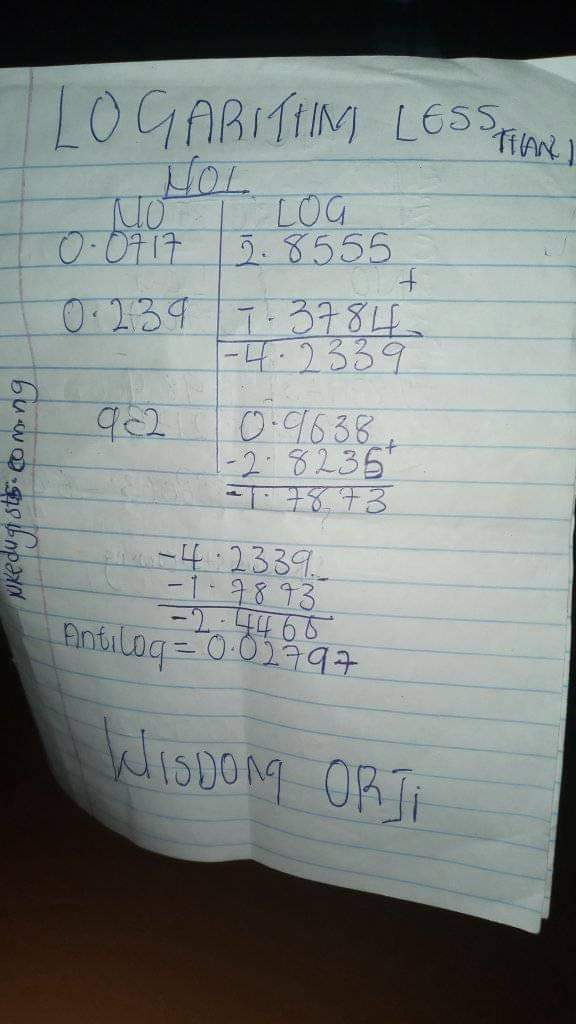 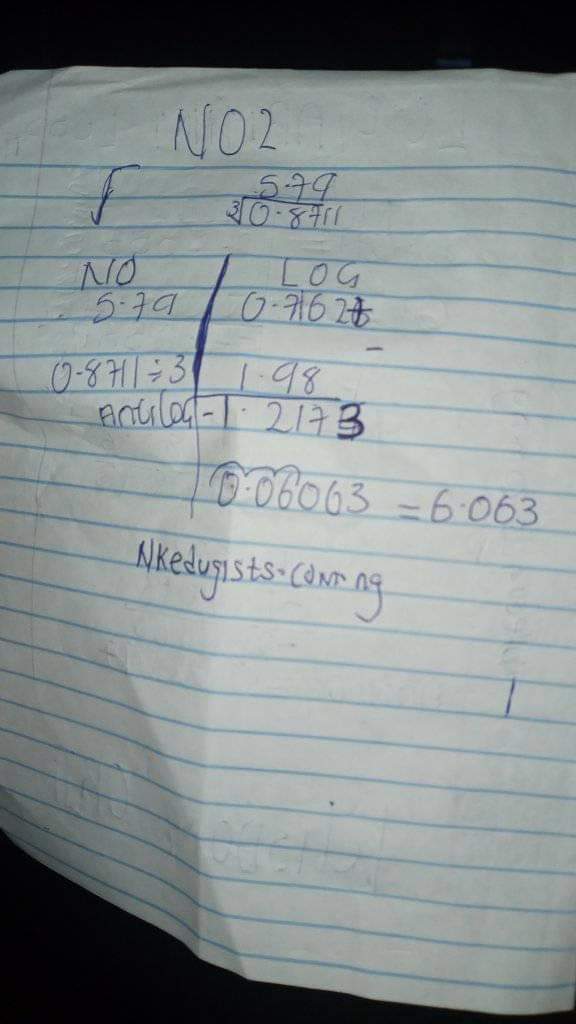 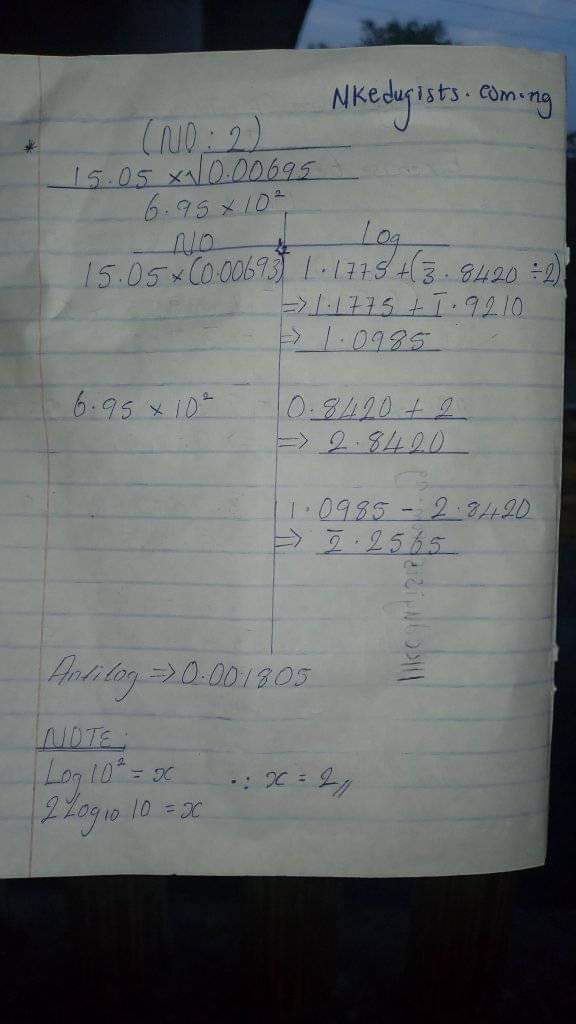 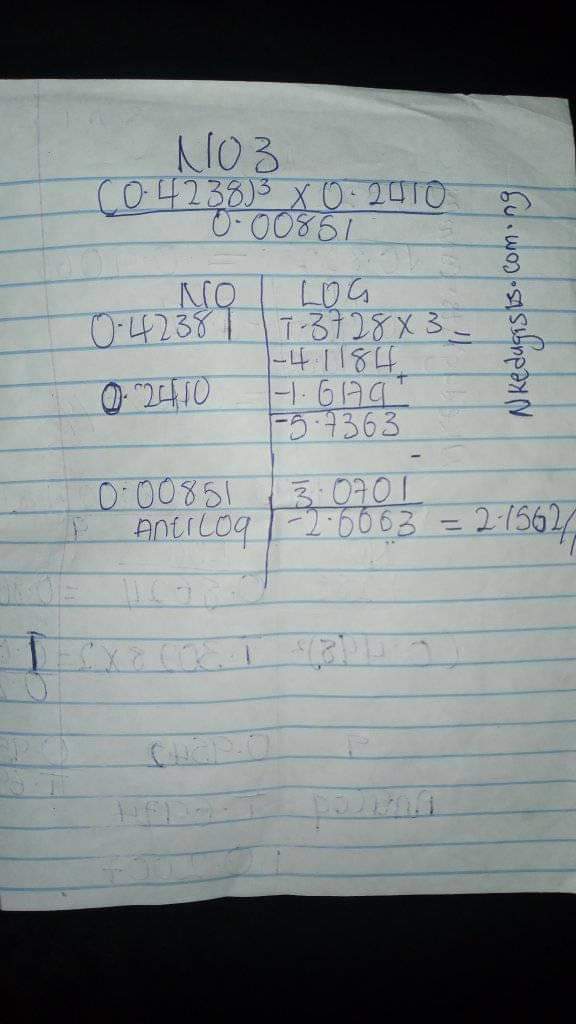 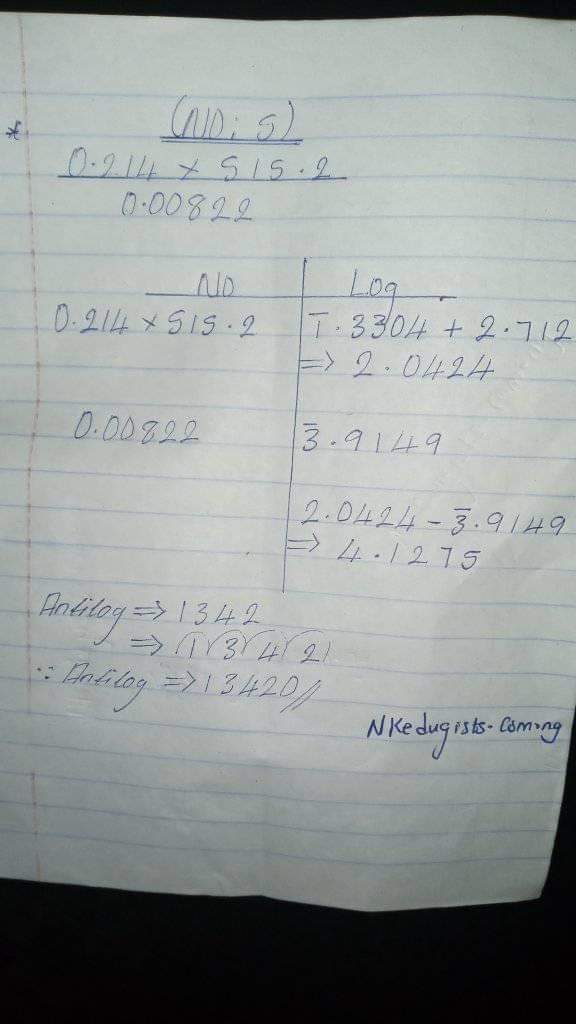 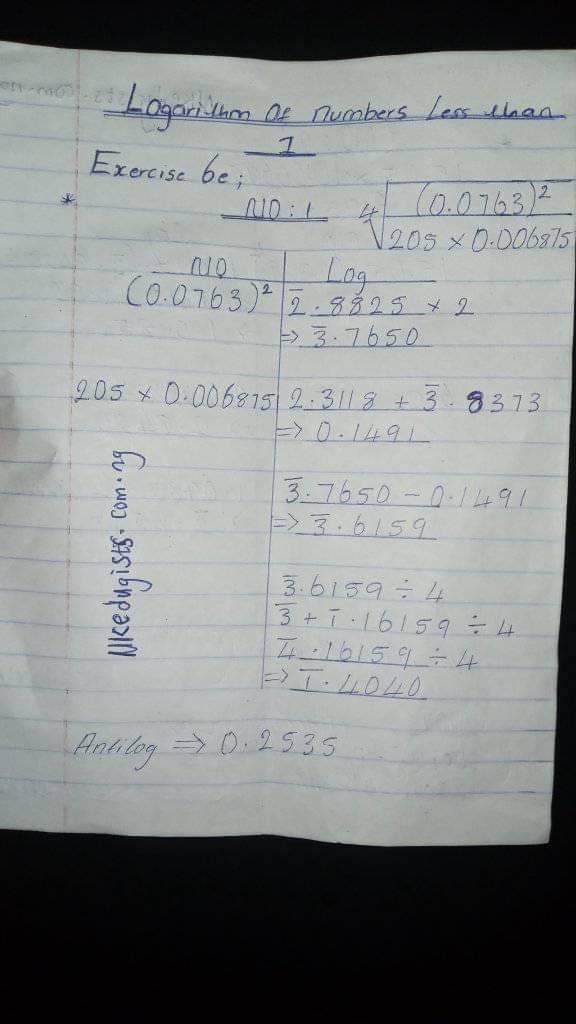 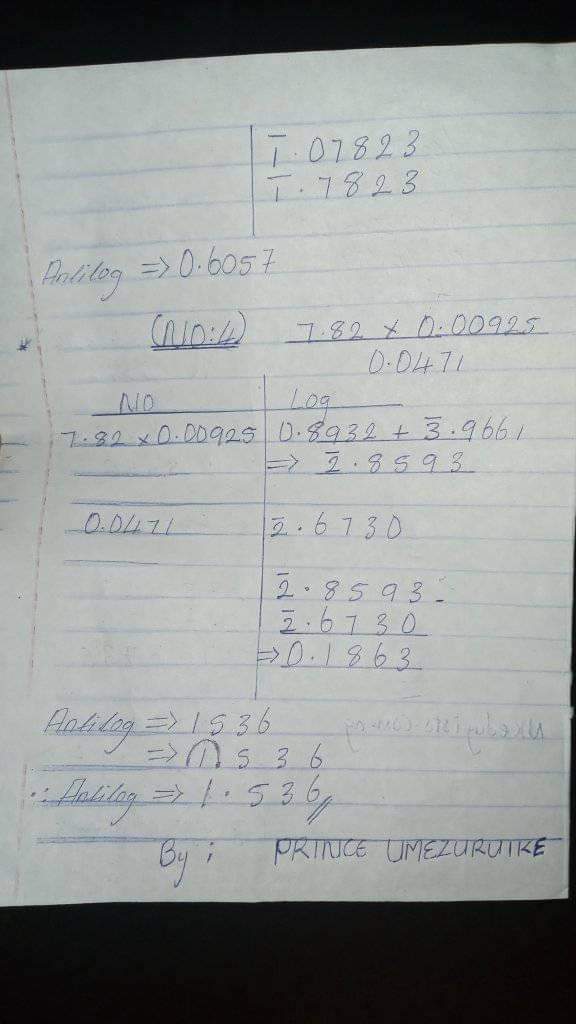 What is your taught about this answer provided?  did it satisfy your search? 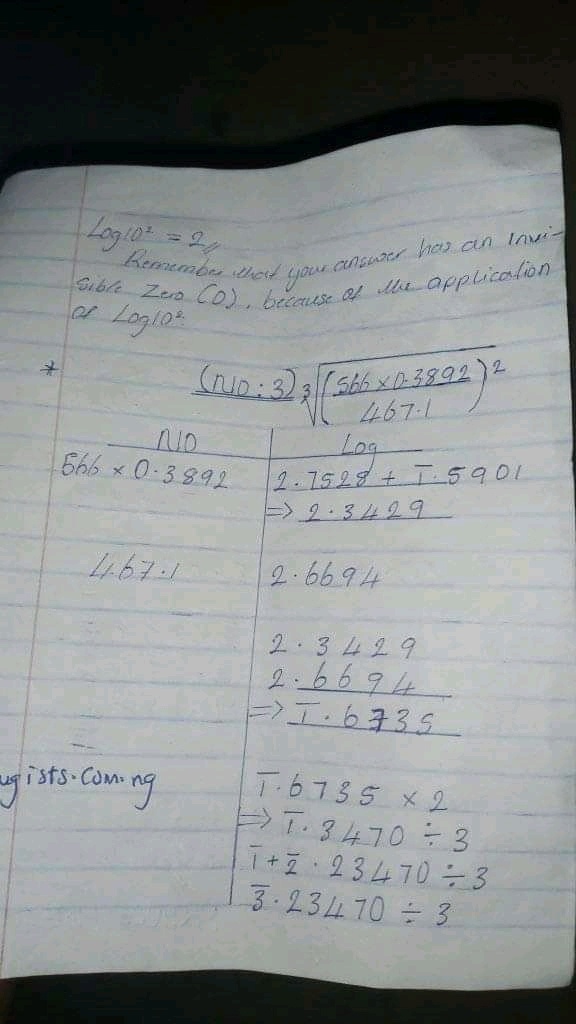 Logarithm of Number less than 1 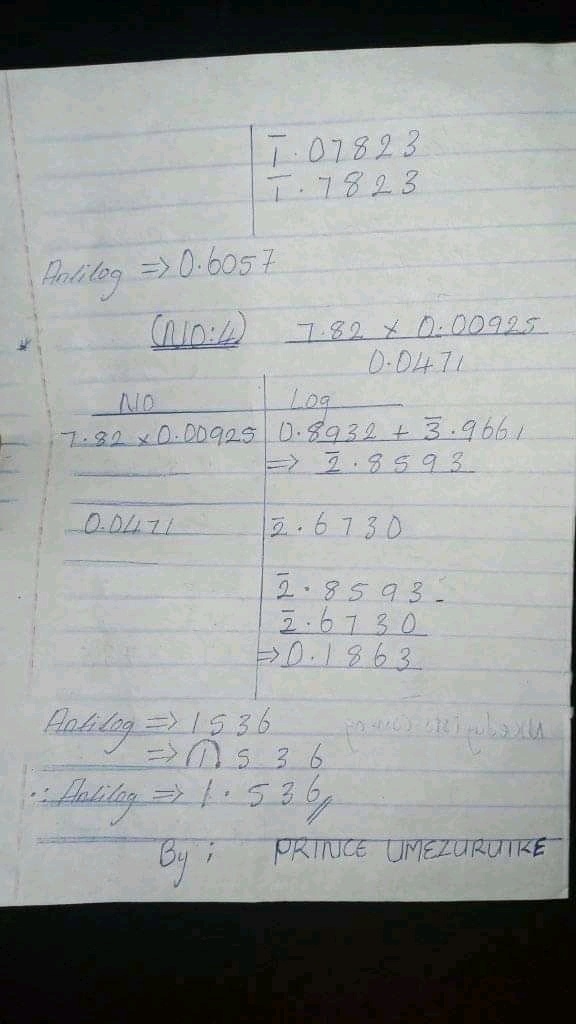 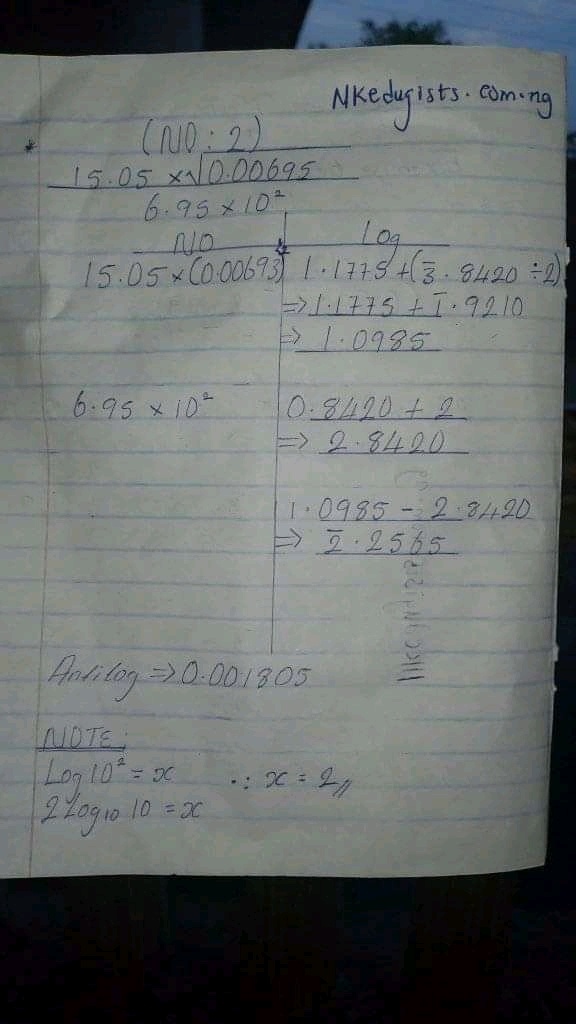 Logarithm Rules, Log of Numbers Less than 1, Logarithm of Number less than 1, Bar in Logarithm and How to find log of decimal, Can a log base be less than 1 is answered kindly check it out.

If you have any questions especially on Logarithm be it Logarithm less than one or Logarithm greater than one kindly drop it in our comment box below. Nkedugists is here to guide students into perfections in mathematics, so don’t be shy to drop it. 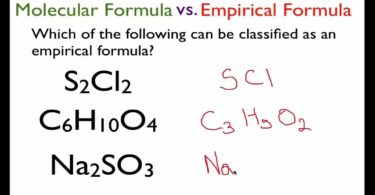 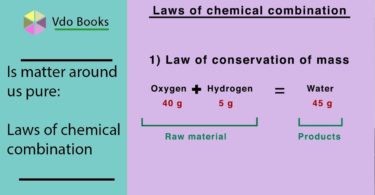 Law of Chemical Combination Einstein derived an expression to the inter conservation of matter and... 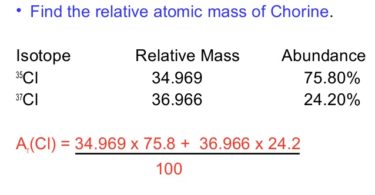 Isotopes and Relative Atomic Mass Isotopes: we can say Isotopes are the elements that have the same... 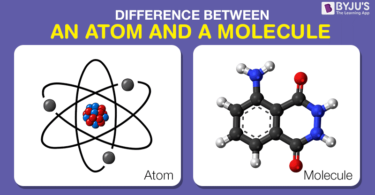 Atom and Molecules: An atom is the smallest particles of an element that can take part in any...