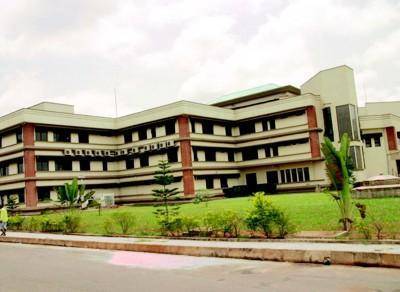 The management has come out to announce to the Public about the Rumour surrounding the University of Ilorin by saying that no student of the school died during the stampede that occurred while students rushed to write exams at the CBT Centre on Friday.

A statement signed by Mr. Kunle Akogun, the Director of Corporate Affairs of the university in Ilorin on Saturday, said that the rumor was currently trending around that students died from the stampede.

“It is true that some students fainted as a result of exhaustion during a mild stampede at the CBT exam venue due to impatience on the part of some students.

“These students who in a bid to get into the hall ahead of others, began to push their way through.

“This made about 10 of their colleagues with less stamina to faint and they were promptly taken to the school’s clinic for treatment,’’ he said.

The spokesman said four of them were discharged immediately to continue writing their exams, while six of them were kept for observation, out of which four were later discharged on Friday evening.

He explained that the remaining two students were discharged on Saturday morning.

“While regretting the unfortunate incident of Friday, the university management hereby appeals to our ever articulate students to always exercise patience while waiting to enter exam halls, especially for CBT exams,’’ Akogun said.

He said that the CBT exams had been meticulously scheduled and adequate arrangements made to ensure that every student took their examination without hindrance.

The university warned the students against rushing to write their CBT examination because there is still space that can accommodate thousands of student which is provided for the exam that is fixed that day to avoid fainting of the student after that He also wished them success ahead of there Exams. News Agency of Nigeria (NAN)