Jamb cut of mark is not, or at least should not be assured as a passport to gain admission into the university world In Nigeria, thou It was never meant to be that. The only helps the university confers upon students are the university cut off mark required to succeed in gaining admission. That task may be invaluable in the other countries, whatever course a candidate may apply in, but that is not really the point. What universities do is advance in the cut off mark in the understanding of a set of courses. This is done through a number of processes such as the post utme method and Screening method review. It is this academic “conversation” to which students are introduced and from which they benefit.

According to Garba, the nation’s universities do not have adequate and enough facilities to accommodate every student that aspires to study at the university level.

Every Nigerian student may not have the opportunity to study at the university, as that level of the higher institution is not meant for everyone Ibrahim Garba, vice chancellor, Ahmadu Bello University, Zaria, Kaduna State, said at an exclusive interaction with BusinessDay in Lagos.

Universities can only admit within the available spaces, he said, and this is the reason each university raises its UTME score even after JAMB has pegged admission marks at 200.

he also dismisses such concerns as “elitism writing” because so many writers tell us that we have underestimated the chances of many candidates who are aspiring to reach high levels of education.

This is a nice sentiment, but it is not accurate and true. The introduction of  post-UTME exams is to further cut down the number of students to a manageable number unlike before that we have much candidate which is why universities have to raise the admission bar for proper accommodation, space for learning and adequate facilities for all the accepted candidate 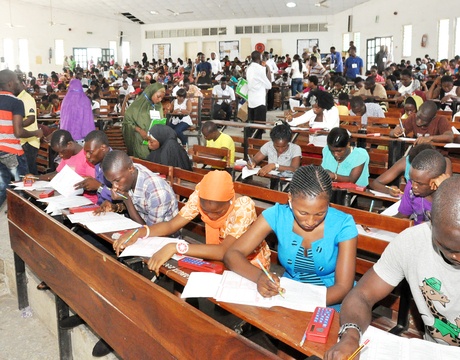 He said if many students who rush for university education explore opportunities in polytechnics, monotechnics, and colleges of education, they would conveniently be admitted.

“Universities are not meant for mass education,” he said While advising students to study hard, he equally encouraged them to apply to other forms of higher learning to be trained as technicians, mechanics, saying such technical knowledge was highly lucrative both at home and abroad.

if you have any issue with the article you can also drop your complain in the comment box below and please kindly share this article if actually is beneficial to you with your friends, relatives and family using the via social media by clicking on the below social media button to share.

Warning!  No account should this article be copied from this platform because of any copy from this article without the proper approval from Nkedugist is illegal.