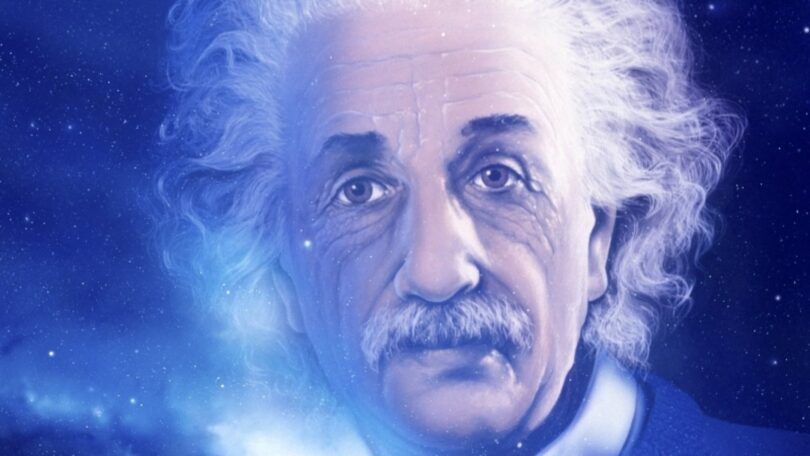 Albert Einstein is one of the greatest Man that ever liveth and contribute so much to the  Science world. His influence during the 20th century can never be forgotten in the world.

On this page, we are going to cover so much about a great Scientist known as Albert Einstein, Such as

Albert Einstein was born on March 14, 1879. 14th March was when a genius known as Albert was born. Albert Einstein live for 76years and the 76 years were a light to the world because of the impact and legacy he left behind.

Albert Einstein was born into a Jewish family in a place called Ulm, Württemberg, in Germany. At the tender age of 6 years old, his family moved to Munich six weeks later, and in 1885, that was when he began attending a school called Petersschule, a Catholic elementary school in Germany.

Despite the tender age, Albert Einstein was so bright while in school, he received so many awards and good grades on his report card which make it so perfect to predicts what kind of person he will be in the future.

But things later change when Einstein changed to another school which is called Luitpold grammar school, during his schooling in the new school Einstein was not able to cope with the school’s authoritarian attitude, and his teacher once said of him, “never will he get anywhere.

In 1896, at age 17, Einstein entered the Swiss Federal Polytechnic School in Zurich to be trained as a teacher in physics and mathematics

Albert gain admission to the Swiss Federal Institute Technology School in Zurich at the age of 17 in 1896 to obtain a teaching degree as a trained teacher in physics and mathematics.

A few years later, he gained his diploma and acquired Swiss citizenship but was unable to find a teaching post. So he accepted a position as a technical assistant in the Swiss patent office.

In 1905 when Einstein obtained his Ph.D. in physics.  Einstein received honorary doctorate degrees in science, medicine, and philosophy from many European and American universities.

Albert Einstein lived with the schoolmaster’s family and fell in love with Winteler’s daughter, Mileva Maric. Einstein later renounced his German citizenship and became a Swiss citizen at the dawn of the new century.

That same year the couple had a daughter, Lieserl, who might have been later raised by Maric’s relatives or given up for adoption. Her ultimate fate and whereabouts remain a mystery.

The couple had two sons, Hans Albert Einstein (who became a well-known hydraulic engineer) and Eduard “Tete” Einstein (who was diagnosed with schizophrenia as a young man).

The Einsteins’ marriage would not be a happy one, with the two divorcing in 1919 and Maric having an emotional breakdown in connection to the split. Einstein, as part of a settlement, agreed to give Maric any funds he might receive from possibly winning the Nobel Prize in the future.

During that period of Einsteins’ marriage to Maric, Einstein has started having an affair with Elsa Löwenthal who later he got married to after the divorce of Maric. Einstein wed Elsa Löwenthal in the 1919.

Although the love story of Albert didn’t end with Elsa Löwenthal because of Löwenthal’s death in the year 1936.

During Einstein’s autopsy, pathologist Thomas Stoltz Harvey removed his brain, reportedly without his family’s consent, for preservation and future study by doctors of neuroscience.

However, during his life, Einstein participated in brain studies, and at least one biography claimed he hoped researchers would study his brain after he died. Einstein’s brain is now located at the Princeton University Medical Center. In keeping with his wishes, the rest of his body was cremated and the ashes scattered in a secret location.

In 1999, Canadian scientists who were studying Einstein’s brain found that his inferior parietal lobe, the area that processes spatial relationships, 3D visualization, and mathematical thought, was 15 percent wider than in people who possess normal intelligence. According to The New York Times, the researchers believe it may help explain why Einstein was so intelligent. 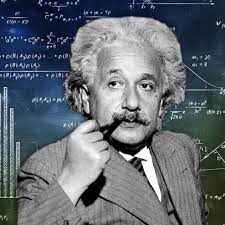 Source From Nobel prize: Einstein always appeared to have a clear view of the problems of physics and the determination to solve them. He had a strategy of his own and was able to visualize the main stages on the way to his goal. He regarded his major achievements as mere stepping-stones for the next advance.

At the start of his scientific work, Einstein realized the inadequacies of Newtonian mechanics and his special theory of relativity stemmed from an attempt to reconcile the laws of mechanics with the laws of the electromagnetic field. He dealt with classical problems of statistical mechanics and problems in which they were merged with quantum theory: this led to an explanation of the Brownian movement of molecules. He investigated the thermal properties of light with a low radiation density and his observations laid the foundation of the photon theory of light.

In the 1920s, Einstein embarked on the construction of unified field theories, although he continued to work on the probabilistic interpretation of the quantum theory, and he persevered with this work in America. He contributed to statistical mechanics by his development of the quantum theory of a monatomic gas and he has also accomplished valuable work in connection with atomic transition probabilities and relativistic cosmology.

The first incorporated the newly conceived idea that light could come in discrete particles called photons. This theory describes the photoelectric effect, the concept that underpins modern solar power. The second explained Brownian motion — in which a small bit of dust is seen to move randomly on the surface of the water — by pointing out that water is made up of tiny, vibrating molecules that kick the dust back and forth.

The final two outlined his theory of special relativity, which showed how observers moving at different speeds would disagree about many measurements but would agree about the speed of light, which was a constant. These papers also introduced the equation E = mc^2, showing the equivalence between mass and energy. That finding is perhaps the most widely known aspect of Einstein’s work. (In this infamous equation, stands for energy, represents mass, and is the constant speed of light).

In 1915, Einstein published four papers outlining his theory of general relativity, which updated Isaac Newton’s laws of gravity by explaining that the force of gravity arose from warps in the fabric of space-time caused by massive objects.

The theory was given a major validating boost in 1919, when British astronomer Arthur Eddington observed stars at the edge of the sun during a solar eclipse and was able to show that their light was bent by the sun’s gravitational well, causing shifts in their perceived positions.

Albert is one of the greatest physicists of all time and a genius for many. This talented and fiercely independent mathematician and thinker changed how we see the universe through his theories and vision of physics.

In November 1915, Albert Einstein gave a series of lectures on his general theory of relativity at the Royal Prussian Academy of Sciences in Berlin.