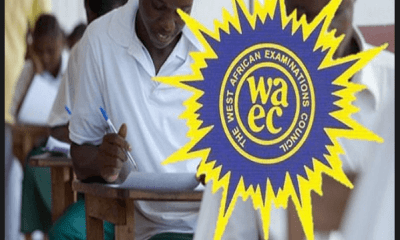 The West African Senior School Certificate Examination (WASSCE) commences officially the registration of 2020/2021 which still stands. You can see when the 2021 Waec registration is starting and closing? and it is imperative for candidates to know the Waec centers approved by Waec in Lagos state in other to carry out their registration.

This is the Official list of Waec Center in Edo State, Which are

The Approved Waec Centers Number in Benin city and 2021 WAEC Examination Centre Numbers are officially announced. If you register your Waec center in Benin City and you misplaced your Waec examination number don’t be scared for all the Waec Approved Centers in Edo State are mentioned here.

If you notice that some of the Waec Edo Approved Centers are not mentioned, Nkedugists we really appreciate it If you can drop us the name of the approved Waec school Centre in our comment box below.

If you have been wondering where to get the best and latest Waec news updates and guide about Waec Exam 2021, how to pass Waec, a timetable for 2020/2021 Waec, free online and hardcopy Waec past questions and hot topics to read for Waec, and Waec CBT practice platform, then bookmark our page.

If actually, this information on “Waec Approved Centers in Edo State” is awesome and useful to you please kindly share using via Facebook, WhatsApp, Twitter and Google+